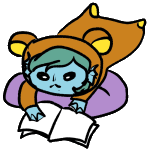 reides is my original dungeons & dragons character.
he is part of our homebrew 5th edition campaign, based in a world called alethustria.

all of the art of him on this page is for my use only!
it was either commissioned or gifted.
hover over the pictures for credits to each of the lovely artists!

reides aurelian yon-zinthos kien-khavas laverath, better known as reides, is a triton wizard and member of the pog champions. having spent most of his life under the sea, reides is relatively new to the surface world and, as such, many of its customs are largely lost on him. luckily, he isn't entirely clueless, as he is extremely book-smart and knowledgeable about its history. eccentric yet empathetic, he always tries to offer a helping hand to those who need it.

a dedicated scholar, reides believes that everything is important and worthy of both appreciation and study. he values freedom immensely and thinks that everyone - regardless of their past - deserves to choose their own path in life. his boundless curiosity can land him in troublesome situations, however. furthermore, many seemingly mundane objects of the surface world fascinate him endlessly, and so he tends to hoard them. 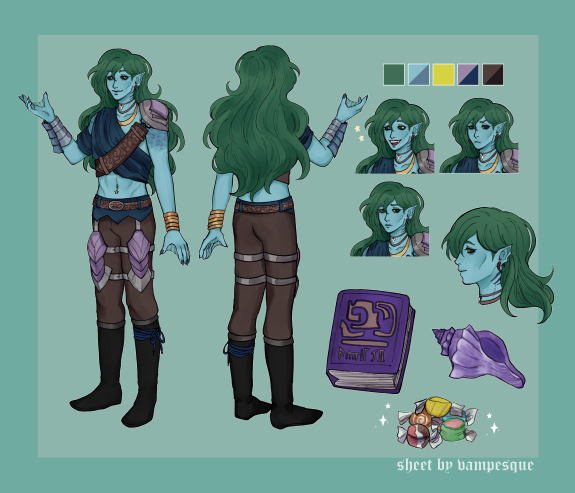 reides has blue skin and long green hair that is always out loose and in an unkempt state. as he is a triton, he has prominent gills on either side of his neck and visible scales on his shoulders. he has finned ears and his hands and feet are webbed. his eyes are golden-green in colour and have black sclera. standing at roughly 5ft, he is of average height for a triton and has a small build.

reides enjoys collecting random trinkets and occasionally incorporates them into his ensemble (making accessories out of them and the like). currently, he wears a shark tooth choker and two necklaces - one made out of shells and, the other, a gold chain. he also wears shell earrings on both of his ears and has a star navel piercing. clothes-wise, reides has a tendency to get hot very quickly, as his body is more accustomed to a cold undersea environment. to make up for this, he tends to wear loose clothes that allow him to stay cool while he travels around the surface world. while reides wears a few pieces of shell armor, they're mostly for cosmetic reasons rather than serving any protective function. after all, that's what mage armor's for! 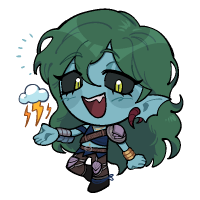 reides is eccentric and somewhat ditzy, with a love of pretty much everything the world has to offer. he's all about the pursuit of knowledge and records extensive notes about everything that strikes his interest... and most things do. he tends to be fairly open about his emotions and wears his heart on his sleeve, though he does have his fair share of secrets.

despite his quirks, reides is highly intelligent and tenacious. he can’t turn a blind eye on other people’s suffering – regardless of who they are or what they’ve done – and strongly believes that everyone should be free to choose their own path in life.

as a triton, reides can breathe underwater and has spent most of his life in the sea. he was born in aquos, a city located in the undersea empire of laverathia, on the 16th day of firstlight in the year 569. reides kept his past as a fiercely guarded secret for a time, but gradually formed a deep bond with the party and eventually trusted them enough to reveal his true identity. namely, he confessed that his full name is reides aurelian yon-zinthos kien-khavas laverath, that he is a prince of laverathia, and that he is second in line to the throne. he also told them that he considers himself ill-suited to his status, viewing his relationship with his people as "not bad [...] but distant." his desire to escape from the crown and to be able to live as his own person resulted in a fixation on the surface world, which came to represent freedom to him.

eventually, reides asked his father, the current emperor of laverathia, for permission to act as an ambassador of sorts between the undersea and surface worlds. this would serve to increase the tritons' breadth of knowledge about the surface and possibly even reduce the highly isolationistic nature of the empire. unfortunately for reides, his father did not take kindly to this - accusing reides of treason and locking him away in a room for weeks upon weeks.

reides does not know any of the specifics surrounding his liberation. all he knows is that lotlyn managed to open the locked doors one night and encouraged him to go to the surface world. during his time on the run, he was able to gain passage to port valor with the help of a kind stranger who was working on a ship. while he did not learn the name of this surfacer at the time, reides considers him as his first friend.

reides lived in port valor for around a year before meeting the party. a lot of the customs of the surface world still fly right over his head, but he's very enthusiastic about attaining more and more knowledge about it. his time away from laverathia also gave him a new, less irresponsible perspective on his duties as a triton. reides truly loves the world - both its surface and its seas - and wants to play a role in protecting it. 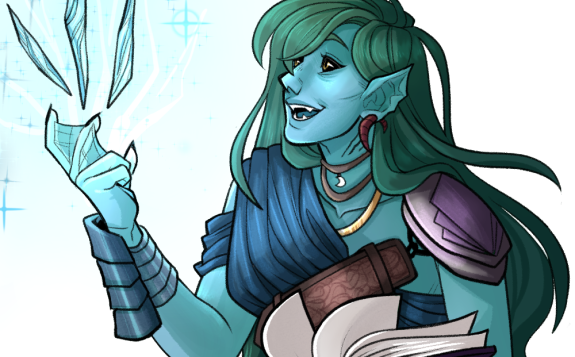 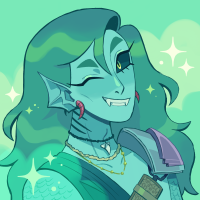 at the start of his adventure, reides simply wished to learn all he possibly could about the surface world. he wanted to keep a low profile and be thought of as nothing more than a drifting scholarly wizard. this meant keeping his status as triton royalty completely secret, as well as keeping a wary eye out for anyone who would challenge his anonymity.

through his travels, however, reides began to realize that he wasn't living as his genuine self by running from his past. this realization was compounded by his party's first encounter with the burning knight, as reides learnt that aquos may be in danger. he is currently devoted to ensuring his hometown's safety and has committed himself to the task of securing the remaining abyssal crests with his travelling companions.

regardless, reides still maintains a boundless appetite for knowledge. he hopes to someday use all he learns about the world to reduce the isolationistic nature of laverathia.